President Lincoln At The Smithsonian 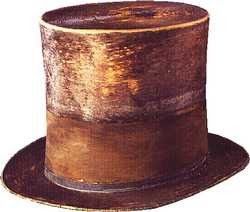 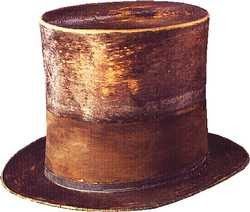 As the bicentennial of Abraham Lincoln’s birth rapidly approaches, plans are in full swing across the country for exhibitions, lectures, concerts, plays, musicals, and countless other activities to celebrate his life. It would be nearly impossible to take in all of these events, so how can the average Lincoln fan get the most “bang for the buck” while participating in the national celebration?
The perfect place to begin, in my opinion, are the museums of the Smithsonian Institution in Washington, D.C. (My previous post discusses the rare exhibition of the Bliss Copy of the Gettysburg Address at the National Museum of American History. It’s being shown for only 3 more weeks!) Five different exhibits at the various museums are either open now or will be open by January 2009. The “Lincoln At The Smithsonian” website describes all the exhibits, the dates they run, and the museums in which they are featured.
The most anticipated of these exhibits would have to be “Abraham Lincoln: An Extraordinary Life” at the National Museum of American History. This exhibit will feature more than 60 items Lincoln owned, acquired or used. Included will be the top hat (pictured above) he wore to Ford’s Theater the night he was assassinated. The exhibit opens on January 16, 2009 and will run until 2011.
Also opening on January 16 at the Museum of American History is “America’s New Birth of Freedom: Documents from the Abraham Lincoln Presidential Library and Museum” which includes a signed copy of the Emancipation Proclamation. This and nine other documents written by Lincoln are on loan from the Abraham Lincoln Presidential Library and Museum in Springfield, Illinois. These documents are on display until April 2009.
The National Portrait Museum is currently showing “One Life: The Mask Of Lincoln” which features 33 photographs and portraits of Lincoln. The link I’ve provided is a video which shows some of the items, along with an interview of the curator. The show runs until July 5, 2009.
At the American Art Museum, visitors can learn about President Lincoln’s Second Inaugural Ball at the exhibit “The Honor of Your Company Is Requested: President Lincoln’s Inaugural Ball.” The ball was held on March 6, 1865 just six weeks before Lincoln’s death. This exhibit displays a menu from the ball, an invitation, and other items. It’s open until January 2010.
Not to be left out is the National Postal Museum, which is showing various plate proofs of stamps honoring Lincoln. These certified plate proofs are the final proof of the plate (engravings) prior to printing the stamps themselves. The exhibit is on until October 2010.
Of course while in Washington, you can absorb even more about President Lincoln by visiting the Lincoln Memorial and the recently re-opened Soldiers’ Home which was used by the Lincoln family as a summer retreat during his time in office. And don’t miss Ford’s Theater, which re-opens after an extensive remodeling in February 2009.
Obviously there are other Lincoln Bicentennial Events throughout the country. The Lincoln Bicentennial Commission website found here is a great place to start. It contains a calendar of events for the bicentennial. The calendar is not all-encompassing, so be sure to search for events in your community.
As always, please continue to return to The Abraham Lincoln Blog for the latest news about Mr. Lincoln and his bicentennial. Thank you!