Exhibit Review – Lincoln: The Constitution And The Civil War 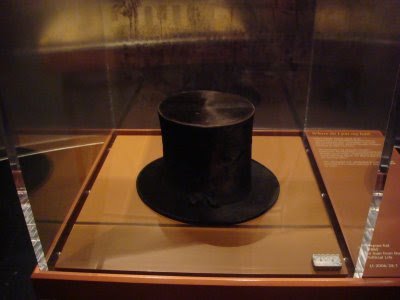 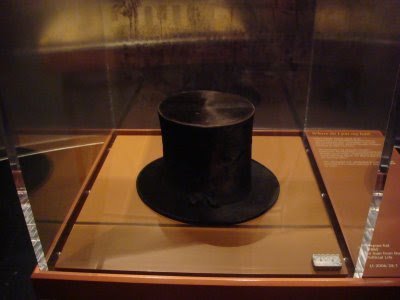 Back on October 17, 2008 I wrote a post about an exhibit which had just opened at the National Underground Railroad Freedom Center in Cincinnati, Ohio. Titled “Lincoln: The Constitution And The Civil War, the exhibit examines Lincoln’s role in conjunction with the U.S. Constitution during the American Civil War.
A couple of Fridays ago, I took the day off and drove the 500 mile round-trip between my home in northeastern Ohio and Cincinnati so I could experience the exhibit. The exhibit is open only until January 11, 2009 and it was imperative to make the trip prior to the snowstorms hitting the Ohio highways.
The exhibit is in one room of the Freedom Center, and does not cost extra for admission. That’s a nice feature, since many museums charge extra fees to see special exhibits. The exhibit takes the visitor from Lincoln’s election, tells the story of secession, examines Lincoln’s actions, discusses the Emancipation Proclamation, and finally ends with the 13th Amendment, which at last banned slavery in the United States.
“Lincoln” is quite well done. Originally assembled by the National Constitution Center in Philadelphia, the exhibit is different in that it is not the usual “putting Lincoln on a pedestal” that so many museums and other exhibitions have done in previous years. The facts are laid out quite clearly: Lincoln did take extraordinary measures in fighting to preserve the Union. He suspended the Writ of Habeas Corpus, thus denying some prisoners the right to trial; ordered the closure of newspapers which opposed his actions; ordered the arrest of people for writing against or speaking against his actions; and essentially had members of the state legislature in Maryland arrested so they could not vote for secession (Maryland never seceded from the Union). The exhibit offers “pro and con” arguments for the actions Lincoln took in his fight for the Union. An interactive display permits visitors to register their opinion or “vote” about whether they think the actions went too far or not. Overwhelmingly, visitors supported Lincoln’s actions.
There are some nice interactive displays in the exhibit. For example, case histories of six real-life people are presented. Each of the people was arrested during the Civil War for opposing the war in some manner. The visitor can find out what happened by using a touch screen. The most famous person the visitor learns about is Congressman Clement Vallandigham from Ohio. He was a leading anti-war figure who was a general pain in Lincoln’s side. Lincoln had him arrested, then finally ordered his “deportation” to the Confederacy. Other people presented to the visitor are newspaper editors and other anti-war activists.
A very moving video shows footage of the Gettysburg battlefield as the voice of actor Sam Waterston recites the Gettysburg Address. While we can’t hear Lincoln’s voice, records do tell us that his voice was high-pitched and thin. I suspect that Waterston’s voice is a close approximation.
For me, the best part of the exhibit is the collection of very rare and priceless artifacts on display. The visitor can see the original South Carolina ordinance for secession plus a printed copy of it. A top hat attributed to Lincoln is on display. Lincoln campaign items, including a campaign ribbon and a “Wide Awake” hat are shown. A newspaper clipping and original print of Lincoln’s First Inaugural address are present. Lincoln’s original order (in his handwriting) to resupply Fort Sumter is on loan. An original hand-written copy of the 13th Amendment is on display as well (in Secretary of State Seward’s penmanship). An early copy of the Emancipation Proclamation may be seen.
Some disappointments, though. The original article I found about this exhibit stated that there were “100 artifacts” on display. If so, I certainly didn’t see any beyond the 20 or 30 in the room. The exhibit itself is quite small. Even reading all the text of the displays, watching the video, and trying my hand at the interactive displays, it took me no more than an hour to get through it. Finally, the lighting was so darkened (in order to preserve the precious items, no doubt) , it would be difficult for someone with weak eyesight to read anything. I’ve been to other exhibits, including the wonderful touring exhibit of the National Archives documents a few years ago, and the rooms were not nearly as dark.
Disappointments aside, the exhibit is worthwhile for helping the visitor to understand the complexities of Lincoln, the Constitution, and the Civil War. We today are facing many of the same issues as our government tries to balance our safety and our liberties. In my opinion, the government has overstepped its bounds with warrantless wiretapping and the rest of the Patriot Act. It was surprising to me to see on an interactive display in the Lincoln exhibit that over 75% of the visitors think our safety is more important than our freedom. I’m not sure I would agree.
I wouldn’t make a trip to Cincinnati *only* for the exhibit, but the Freedom Center is an excellent museum. Cincinnati is also home to a world-class zoo, art museums, a top-notch botanical garden, and of course the beautiful Ohio river waterfront. Just across the river in Newport, Kentucky, there is an outstanding aquarium. It’s definitely worth a visit.
My rating of Lincoln: The Constitution And The Civil War?