Mary Todd Lincoln And Her Madness 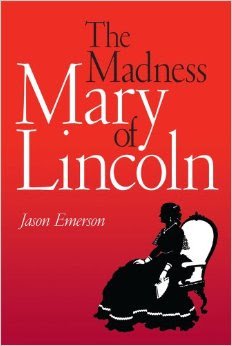 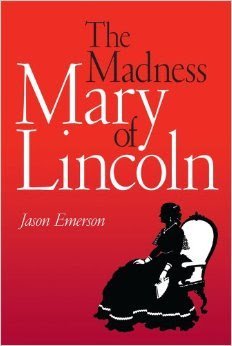 One of the more important books associated with Abraham Lincoln to be published recently is The Madness Of Mary Lincoln, written by Jason Emerson, a young independent historian currently based in Virginia. As you might guess, the book deals with the mental problems Mrs. Lincoln exhibited during her lifetime, especially after the death of her husband. Eventually, these problems led to her commitment to a mental institution by her sole surviving son, Robert Todd Lincoln.

On June 14, 2008 I had the great pleasure of attending a lecture and book signing given by its author at the National First Ladies’ Library in my hometown of Canton, Ohio. Since I live only 5 miles from the library, I would have been remiss to not attend. I’m glad I did!
During the lecture, Mr. Emerson told the fascinating story behind his discovery of 20 letters pertaining to Mary Todd Lincoln’s mental problems, of which many were written by Mary herself. These letters were long thought to have been destroyed by the Lincoln family, either by Robert himself or by descendants. Instead, the letters were tucked away in a trunk owned by the son of Robert Lincoln’s personal lawyer, where they lay unknown to historians for many decades. The lawyer’s families are to be commended for donating these documents to the Library of Congress, where they are available to anyone who wishes to read them. Mr. Emerson thoughtfully has included the text of each of these letters in his book.
Mr. Emerson also told the lecture audience how debate still goes on today over Robert Lincoln’s actions in committing his mother to the mental hospital. Some believe he did so in order to keep his mother from spending his inheritance and that he was cold-hearted with her. But Mr. Emerson strongly believes that Robert did so in order to save his mother from herself. While she was in the asylum, Mary had privileges to come and go as she pleased for shopping and other excursions. She was apparently treated very well in the hospital. However, it’s also true that for at least five years, Mary refused to have any relationship at all with her only surviving child.
He has come to the conclusion, along with the professional opinion of a psychiatrist, that Mrs. Lincoln suffered from bipolar disorder, formerly called “manic depression.” He pointed out to the audience that almost anyone would be derailed by the deaths of 3 children plus being present when your spouse is murdered in cold blood. Emerson also told how his research indicated that at least 11 of Mrs. Lincoln’s relatives suffered from some form of mental illness. And it seems that Abraham was the only person who could keep Mary relatively calm and “sane” throughout her life.
The lecture was very enjoyable and quite informative. I found Mr. Emerson to be engaging, witty, and open to questions and discussion about the topic at hand. The lecture was well worth the admission price of only $5.00. His next books are about Abraham Lincoln’s invention for flatboats (for which Lincoln held a patent, the only president to do so), and a biography of Robert Todd Lincoln.
The Madness Of Mary Lincoln has won the 2007 Book Of The Year award from the Illinois State Historical Society. It has also been named to the Abraham Lincoln Bookshop’s (Chicago) list of essential Lincoln books. You may find more information about Jason Emerson at his website. An excerpt of the Madness may be found here, courtesy of the Cleveland (Ohio) Civil War Roundtable.
I’ve not yet had the chance to read this book thanks to my recent vacation, but I look forward to doing so soon.