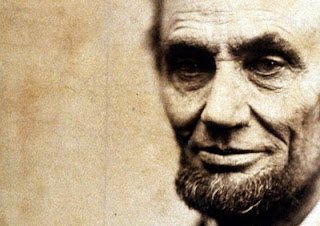 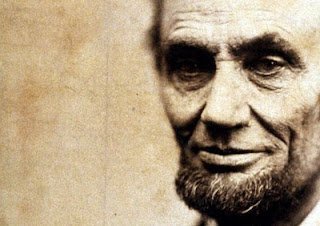 After weeks of thought about what the future holds for this blog about Abraham Lincoln, I have come to realize that it must continue. I had contemplated deleting the blog or ending it, but now I understand that it would be a mistake to do either.

The past few months have been discouraging for me in regards to the effort I put into writing about Lincoln. At the beginning of this year, I was contacted by a museum (the name of which will remain unmentioned) in the Midwestern United States which was interested in having me speak in conjunction with a Lincoln exhibition. In fact,the original plan was to have me speak at the museum on the 150th anniversary of Lincoln’s First Inaugural Address. Needless to say, I was thrilled beyond belief that this museum wanted me, an amateur historian, to give a lecture on an important anniversary associated with Lincoln. Months went by and the museum was still interested, perhaps even expanding my role into a second engagement.

I was informed in June that the museum directors had chosen to go in a different direction and the invitation was withdrawn. I understand the reasons given. To say I am disappointed is an understatement. It has made me doubt both my knowledge and efforts I put into this blog.

I’ve also been contacted by many other organizations requesting that I give their Lincoln event or website free publicity. I never ask to be paid for publicity, but it would be kind if a discount to the event would be offered in return. And many times, even a simple “thank you” in return would be welcome. Too often, I never hear again from the organization after giving it a “shout out” on the blog. That is also quite discouraging because I don’t want this blog to become commercialized.

In spite of these disappointments in recent months, I’ve also been receiving a great deal of encouragement and support from readers I never knew I had. They’ve all been asking me to not end the blog and to continue writing, because they are interested in learning more about Mr. Lincoln. There has been a lot of response to my previous post and I’m grateful to everyone who has written.

I was still leaning toward no longer writing about Lincoln until yesterday. I went to see a small but excellent Lincoln exhibit in a tiny village in Northeastern Ohio. There was the typical Lincoln re-enactor to help answer questions of visitors. Then I heard that this little museum has been setting attendance records while the Lincoln exhibit has been on display. It seems that people simply cannot get enough of learning about Mr. Lincoln. People of all ages were there yesterday, children typically showing the most interest. Adults were asking to have their photo taken with “Mr. Lincoln,” the re-enactor. Everyone present wanted to be in Lincoln’s presence, whether through photos and artifacts, or “in person.”

Then it dawned on me. It doesn’t matter if I get to speak about Lincoln at a museum. Rude organizations wanting free publicity from me don’t matter. What matters is that there is a thirst for knowledge about Abraham Lincoln. Helping people to obtain that knowledge is worth the efforts I put into my writing. That is the sole reason I’m continuing The Abraham Lincoln Blog. Thank you for dropping by.