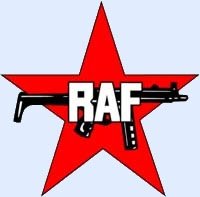 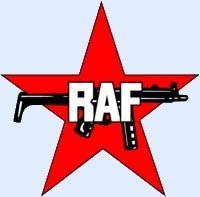 On the 24th April 1975, members of a group of armed revolutionary group from Germany known as the Red Army Faction entered the West German embassy in Stockholm, Sweden. They took the embassy staff hostage in the hope that they could negotiate the release of their fellow revolutionaries held in German prisons. These prisoners included Andreas Baader and Ulrike Meinhof, whose names were used by the media referring to the group as the Baader-Meinhof Gang as opposed to the Red Army Faction.

Whatever they were called, the group of self styled urban guerrillas had formed in the early 1970s after Meinhof and three others had helped Baader escape custody from a library in a research institution where he had been allowed to study, without handcuffs. Baader was serving a sentence for involvement in two fire bombings in response to the clampdown on radical student activities in West Germany. The group followed an extreme form of Marxist-Leninist ideology, which they saw as justification for their campaign of political assassinations that they funded by robbing banks. Needless to say, the West German government saw them as terrorists, not only for their actions but for their links to Palestinian groups such as Fatah and Black September.

The West German police captured several members of the RAF in June and July 1972. There was no further action by the Faction until the embassy siege three years later carried out by members of a radical anti-psychiatric group who had allied themselves with the RAF. The six hostage-takers – Hanna-Elise Krabbe, Karl-Heinz Dellwo, LutzTaufer, Bernhard Rössner, Ulrich Wessel and Siegfried Hausner – killed one hostage, the Military Attache, Baron von Mirbach when the Swedish police did not withdraw when the group demanded it. The German Chancellor, Helmut Schmidt, refused to negotiate with terrorists, and in response the RAF shot another hostage: an economic attaché called Hillegaart.

As the Swedish police stormed the embassy the explosives, with which the hostage-takers had rigged the building, accidentally ignited. The RAF members and the remaining hostages were all injured in the blast with Siegfried Hausner dying from his wounds. Nevertheless, this was far from the end of the RAF. In 1977, West Germany was rocked by a campaign of assassinations, which became known as the ‘German Autumn’. Yet, following the apparent suicides of the principle activists in the RAF during 1976 and 1977, the group became less active until they finally called off their campaign in April 1992.

To learn more about the RAF see (the somewhat sympathetic article) ‘A Brief History of the Red Army Fraction‘ on the World History Archives web site. Alternatively you can read the ‘Who were the Baader-Meinhof gang?‘ article on the BBC web site.