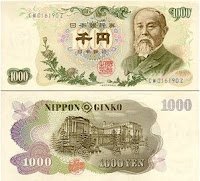 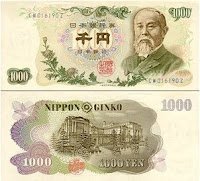 On the morning of 10th December 1968, four bank workers from the Kokubunji branch of the Nihon Shintaku Ginko were transporting 294,307,500 yen (then over $800,000) in a company car. The cash was to be the bonus payments for the employees of Toshiba’s Fuchu factory. Usually, only two staff would have been used as couriers, but since it was such a large amount the bank managers decided that they needed extra security.

As they reached the Tokyo Fuchu prison a young man in a traffic police uniform stopped the car. The man told the bank staff that their branch manager’s house had been blown up, and that they had received a warning that another bomb had been placed on their car. They believed the man’s story as they were aware of threatening letters that their manager had recently received.

The four exited the car while the policeman searched the underside of their vehicle. As they watched him, smoke and flames started to emanate from the bottom of the car and he shouted a warning that it was about to explode. The bank staff backed away from the vehicle only to see him get into the car and drive it away, leaving a smoke bomb on the road.

There followed the largest police investigation in Japanese history involving over 170,000 law enforcement officials. Nobody was ever convicted of the robbery and no money was recovered. In 1975 the statute of limitations on the crime passed and in 1988 all civil liabilities also ceased. The perpetrator has yet to make himself known, even though he has no fear of legal repercussions.