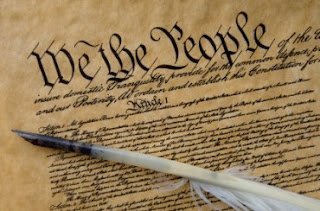 September 17, 2012 marked the 225th anniversary of the adoption of the United States Constitution, the document which remains the law of the land in our republic. To commemorate the anniversary of this founding document, TIME magazine has released a book titled “The Constitution: The Essential User’s Guide” meant to help people today understand how it remains relevant to important issues facing our nation today.
For example, the book contains a detailed examination of the 14th Amendment, the so-called “Birthright Amendment” which guarantees U.S. citizenship to any person born in the United States.  This amendment was written to reverse the 1857 Dred Scott decision of the U.S. Supreme Court, when it ruled that no slaves   were citizens of the U.S.  The amendment guaranteed citizenship to the former slaves retroactively.  But now it’s at the heart of a great debate in our nation since it also means that a child born to illegal (or legal) immigrants are U.S. citizens at birth.  Some U.S. Congressmen and Senators want to further amend the Constitution to prevent this from happening.  The authors of this TIME book hope to help people today understand the history of the amendment and why or why not it should itself be amended.
The Constitution was at the center of the debate between North and South in the decades leading up to the outbreak of secession and the American Civil War.  The Southern states of course wanted to perpetuate and spread slavery into new territories of the United States, while the North, including Abraham Lincoln wanted to contain it to where it already existed.  Once Lincoln was elected in 1860, a total of 11 states felt that they could legally secede from the Union, while Lincoln held that they could not.
Many of the actions which Lincoln took during the Civil War were questioned on Constitutional grounds.  For example, the clause which permits the suspension of the Writ of Habeas Corpus is not clear as to if Congress or the President holds the power to do so.  During the war, Lincoln chose to interpret the Constitution as giving the President the authority, and he took it.  Congress (made up of the Union states at this time, obviously) later granted him the authority to do so, and the Supreme Court upheld the Habeas Corpus Act decades later during WWI.
Many important Constitutional issues affect our nation even today.  Issues such as abortion, same-sex marriage, the Affordable Care Act (“Obamacare”), and numerous others are constantly in the news.  TIME’s “The Constitution: The Essential User’s Guide” is available to help us all understand better this venerable document on its 225th anniversary.  With a forward by retired Supreme Court justice Sandra Day O’Connor, the first woman ever to serve on the court, this book is an outstanding resource for those who wish to examine the Constitution as it relates to modern America.