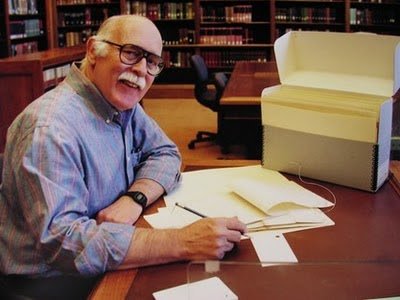 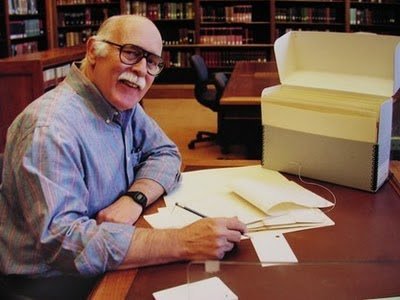 According to a January 24, 2011 press release from The National Archives in Washington, D.C., a pardon signed by President Abraham Lincoln has been discovered to have been altered by a Lincoln researcher. Thomas Lowry has now admitted to this unbelievable deed during an investigation by the Archives and has forever been banned from using any research facility operated by that institution.

The pardon in question was for a Union soldier put to court-martial for desertion. Patrick Murphy, the soldier in question, was pardoned by President Lincoln on April 14, 1864 and spared punishment execution, due to Murphy’s “insanity.” But that date wasn’t good enough for Lowry, who wrote a “5” over the “4” in “1864” to make it look like this act by Lincoln might have been the very last official act of his life on April 14, 1865. He did this in order to achieve notoriety and fame as having been the “discoverer” of perhaps the last thing Lincoln ever wrote. According to the press release and accompanying video, Lowry was also immediately “raised” to the “upper echelons” of Lincoln researchers and historians with this supposed discovery.

Lowry then parlayed this “discovery” into a book titled “Don’t Shoot That Boy: Abraham Lincoln and Military Justice” which was published in 1999. He also went on to write other books, all resulting from this “fame.”

Words fail me in trying to describe the damage Lowry has perpetrated here. Obviously he has physically altered, perhaps forever, a document written in Lincoln’s hand. Specialists at the Archives are trying now to determine if this “5” can be removed without further damaging the pardon.

More importantly, Lowry actually rewrote history for at least the past 12 years. By claiming Lincoln wrote something on April 14, 1865 when that was not true, Lowry misled the public, other researchers, and news organizations.

Lowry, through this act of greed and selfishness, has obliterated his reputation. If he was willing to do such a terrible thing to one document, then who knows what else he did in producing “research” for his own gain? Please don’t think that I feel sorry for him, because I don’t. What he did was utterly reprehensible.

The National Archives itself has to accept some of the responsibility for not catching this alteration far earlier. The video provided in the press release specifically mentions the The Collected Works Of Abraham Lincoln as the reference which was used to prove that this pardon was written in 1864, and not 1865. That set of 9 volumes has been in existence since 1953 and is the best reference for everything which Lincoln ever wrote. Why did no National Archives historian consult this resource immediately to confirm what Lowry claimed back in the 1990’s? This pardon had not been “lost” to history. It was documented in the Collected Works when the reference set was published. I just found it in my own copy of the reference set in a manner of seconds. Had some care been taken, this alteration of an historic document could have been found immediately.

Unfortunately, Lowry cannot be prosecuted for his crime(s). According to the press release, the statute of limitations has expired, and all the National Archives can do is take the action I mentioned earlier in this post.

Historians, professional and amateur alike, must always strive for accuracy. This lone “researcher,” Thomas Lowry, was permitted to alter history for more than a decade. What he did was unconscionable. But it is also unthinkable that he got away with this act of deception for so long. Hopefully, the National Archives will learn to have better controls in the future on researchers so nothing like this ever happens again.