Lincoln Behind The Myths – Silence While President-Elect 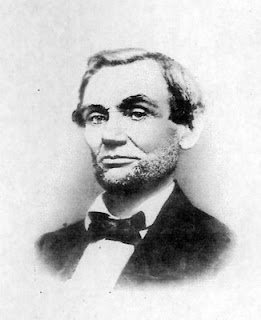 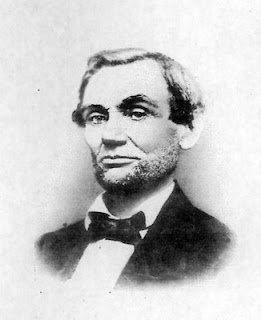 Back in January of this year, I wrote a post about a new series of articles about Abraham Lincoln coming from American History magazine in this, the bicentennial year of his birth. Six articles will be published in the magazine this year in an attempt to get to know the “real” Lincoln and lift the veil of mythology which has obscured him from us since his death. These articles are written by Dr. H.W. Brands, author of 16 books and a professor at the University of Texas.
The first post I wrote explored Lincoln’s famous “House Divided” speech of 1858, through which he burst onto the national stage when he claimed that our nation could no longer exist half-free and half-slave.
The March/April 2009 issue of American History contains the second article in this series. In this article, titled “Lincoln’s Winter Of Silence,” Dr. Brands examines Lincoln’s role that he played (or didn’t play) in the country after his election as President, but prior to his inauguration. Known as the “Great Secession Winter Of 1860-1861,” that four-month period can arguably be called the most tumultuous time in our nation’s history.
In those days in American presidential politics, the president-elect didn’t take the oath of office until March 4 of the following year. As Brands points out, the nation’s founders didn’t foresee that such a long period between transitioning from a lame-duck president to the newly-elected president could allow events in the country to spiral so quickly out of control.
Indeed, Lincoln’s very election caused a rapid succession of southern states to secede from the Union. South Carolina was first, followed quickly by six other states. By the time Lincoln stood on his inaugural platform on March 4, 1861 the states of Georgia, Florida, Alabama, Mississippi, Louisiana, and Texas no longer remained in the Union. Four more states (Arkansas, Tennessee, North Carolina and Virginia) would follow shortly thereafter.
When Lincoln was elected to his first term though, none of the states had yet seceded. At first, no one, including Lincoln, really knew for sure if secession would occur. Some felt that the movement to secede was being pushed by a vocal minority instead of by popular opinion. Everyone was unsure how the North would feel if the states did secede. Would it just want the trouble-makers to go away and leave well enough alone? And would any effort really avert civil war? Should Lincoln reach out to southern moderates or not? All monumental questions to say the least.
Dr. Brands points out that at first, Lincoln did nothing as president-elect in the hope that the issues would be resolved. When that didn’t work, Lincoln moved to action behind the scenes, writing letters and speaking quietly to others, not wishing to further inflame the secession movement.
For decades, the majority of historians have slammed Lincoln for his perceived inactions and lack of public statements or speeches while the nation was tearing itself asunder. Even the recently deceased David Herbert Donald considered Lincoln to be weak and indecisive in the “Secession Winter.” Dr. Brands seems to include himself in this assessment, writing in the article that “Only at his inauguration did he (Lincoln) muster the will to speak boldly and attack the secessionists head on.”
Lincoln scholar Harold Holzer begs to differ. In his recent book, “Lincoln President-Elect,” Mr. Holzer makes the case for Lincoln having shown shrewdness, strong-mindedness, and strong principles in his actions in dealing with the crisis as president-elect. I have not yet read this book, but historians such as James McPherson, David Herbert Donald, Doris Kearns Goodwin, and Michael Beschloss have highly praised it as ground-breaking. Ms. Goodwin claims it will take its place in the Lincoln canon.
I don’t personally know much about this time in Lincoln’s political career, so I can offer no analysis for the reader. I will point out, however, that this era in presidential politics was very different than that of today. It was considered “unseemly” for a candidate to even openly campaign for the highest office in the land, let alone offer public policy pronouncements as our most recent president-elect did this past winter. Criticizing Lincoln too harshly for his lack of public statements during that four-month period overlooks that point in my opinion.
I look forward to reading Holzer’s book, as I look forward to reading the next article in Dr. Brands’ “Lincoln Chronicles.”