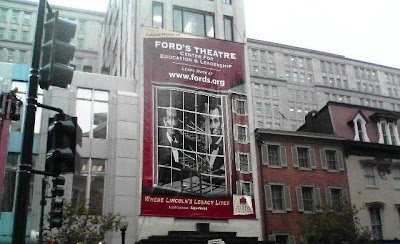 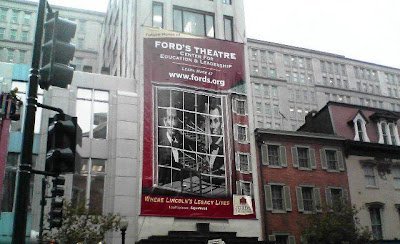 The scene of Abraham Lincoln’s assassination on April 14, 1865, Ford’s Theater in Washington, D.C., has been undergoing an expansion project since 2007. The theater itself reopened last year after months of renovation added a new museum and other features which cost an estimated 35 million dollars.

That was only the beginning. Work continues on the Ford’s Theater Center For Education and Leadership, which has the goal of enhancing the Lincoln experience for visitors. A 10-story building located across 10th Street from the theater will house various exhibits about the aftermath of the assassination and will explore Lincoln’s continued legacy. The center will be run jointly by the National Park Service and the Ford’s Theater Society. The target opening date is February of 2012.

Some of the planned displays include a replica of the barn where John Wilkes Booth was shot at the end of the 12-day manhunt, and the story of the 20 day journey of the Lincoln funeral train from Washington to Springfield. Still another feature will be a 3-story tall sculpture of “books” to help people fathom just how much has been written about the 16th president.

Lincoln was a complicated man and his legacy has continued to evolve in the 145 years after his death. For some, he remains the Great Emancipator. To others, he was a tyrant who began this nation on the path to greatly expanded powers of the federal government. The director of the Ford’s Theater Society, Mr. Paul Tetreault, hopes that visitors will be able to draw their own conclusions after touring the center.

This posting was based on the original article from the August 21, 2010 edition of The New York Times.