Book Review: "I Am Abraham" by Jerome Charyn 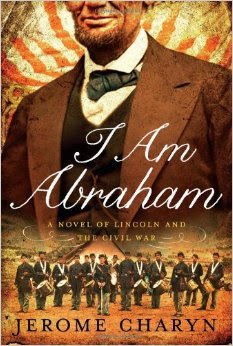 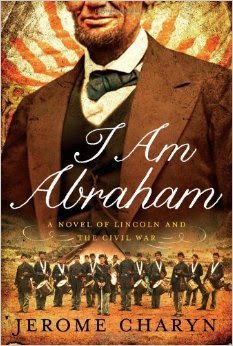 In time for the 205th birthday of Abraham Lincoln comes the latest work from the prolific author, Jerome Charyn, a novel titled “I Am Abraham: A Novel of Lincoln and the Civil War.” Charyn has written numerous works over his career, including short stories, plays, histories and at least 30 novels. He has been called one of the most important writers in American literature. He has been the recipient of two New York Times book awards in his long career.
Charyn now tackles the subject of Abraham Lincoln in this fictionalized account of Lincoln’s days from New Salem, Illinois up to his assassination. Written in the first person, this is “Lincoln’s” own story, as told by Mr. Lincoln himself. It’s an inventive approach, one which blends historical people and events with imaginary occurrences as the reader journeys with Lincoln from 1832 until 1865. The reader shares both triumph and tragedy with Lincoln as he chronicles the events which make up his life.
All too often, we think of our historical figures as if they were near demi-gods, above the cares and concerns which life brings to everyone else. We see them in photos or paintings, visit their homes, and see countless statues honoring their deeds. In the end, the real person is lost to us, as cold as their statues.
Charyn succeeds mightily in bringing Lincoln “alive” for the reader of “I Am Abraham.”  The Lincoln we come to know in this book shows not only determination and ambition, but warmth and humor as well, just like the real Mr. Lincoln. The result is captivating and moving until the reader can almost believe that the real Lincoln actually wrote this work.
Some readers of “I Am Abraham” may be surprised by the “earthiness” of Charyn’s Lincoln. Certain words and phrases come from “Lincoln’s” mouth in this book, words that we may not have ever imagined the real Lincoln uttering. But it must be remembered that Lincoln was a product of what was then the frontier, surrounded not by the refined elite, but by people who lived a hard life, dirt farmers, carpenters, and the like. And it’s quite true that the real Abraham Lincoln enjoyed telling off-color and ribald stories and jokes while he was in the company of men.
Indeed, this is not a novel for young readers, so parents beware. The reader encounters graphic depictions of atrocities during “Lincoln’s” recounting of gruesome violence during the Black Hawk War of 1832. Brutal descriptions of his involvement with “The Clary’s Grove Boys,” (who were the real Lincoln’s enemies at first, later turned friends) are given. Prostitution is featured in “I Am Abraham” in graphic scenes. And yes, the reader encounters a brief, but descriptive, sex scene or two between Abraham and Mary Lincoln.  This reviewer admits to be taken aback about “Lincoln” being depicted having sex, but of course the real man fathered four children, and the scenes do help bring Lincoln “alive” for the reader.
For this reviewer, the best achievement of “I Am Abraham” is how the novel portrays the emotional struggles of Lincoln’s wife Mary. Even on her best days, Mary Todd Lincoln was nervous, easy to anger, and emotionally highly-strung. Some historians believe she would be called clinically “bipolar” today. To be fair, poor Mary Lincoln suffered terribly from the loss of her mother at an early age, the emotional distance of her father, mistreatment by her step-mother, and by 1862, the deaths of two of her children. The strongest person would be affected by such grief. The scenes in “I Am Abraham” which show Mary at her most unhinged are nearly painful to read. The reader shares in her pitiful attempts at contacting her dear departed son, Willie, in seances run by a charlatan. Her excruciating migraines are vividly depicted.  And her public and deeply embarrassing (to Lincoln) meltdown during their visit with Generals Grant and Ord and their wives at City Point, VA toward the end of the war is emotionally powerful in the book (and true).
The only quibbles for this reviewer are a matter of personal preference. “Lincoln’s” trip to Gettysburg to give his immortal Address is told in only two or three pages, while his involvement with The Clary’s Grove Boys seemed to drag through several pages. It would have been nice to read more about his struggles to find a good general or two and less about Mary’s financial shenanigans. These quibbles, however, didn’t ruin the overall enjoyment of the novel.

Author Jerome Charyn has succeeded “I Am Abraham: A Novel of Lincoln and the Civil War” where even some history writers of Lincoln and the war have failed. He skillfully blends fact and fiction, tells the true (mostly) story of Abraham Lincoln, and above all, keeps the attention of the reader. A highly enjoyable, informative, and captivating read.

“I Am Abraham: A Novel of Lincoln and the Civil War” is published by Liveright and is available nationwide at book stores or online.