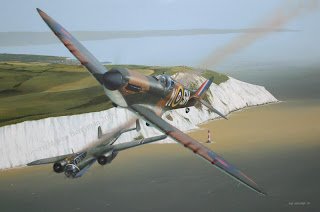 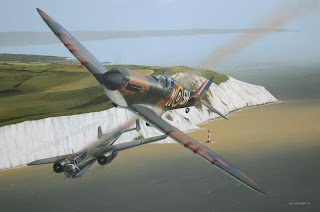 In his book ‘Tiger moths to Typhoons’ F/Lt Peter Watson lets us into the world of the Second World War night flying school.
“There were one or two consolations about the night-flying course. One was that we used to have a ‘night-flying breakfast’ about five o’clock in the morning, which consisted of eggs and bacon and coffee. Then we had the most beautiful sleep. We had very comfortable double-roomed billets which were centrally-heated. I shared mine with ‘Tosh’ Kitchen. He was a nice sort of chap, but just a little eccentric, shall we say.
What we used to do, even if we hadn’t been night-flying, was to hang up a little notice outside the door saying, “DO NOT DISTURB – NIGHT-FLYING.” This meant that we could sort of hibernate in peace during the ghastly weather and we would take it in turns to stagger over to the canteen to fetch either some food or cups of tea. All quite civilised really.

The only thing was that, as I soon discovered, Tosh had rather a strange habit. In the middle of the night, he would get out of bed and instead of going to the toilet (he insisted this happened in his sleep) he would urinate into a flying boot, but he never used to urinate in his own, always mine. I got a bit fed up with this in the end, so, before he went to sleep every night, I used to make sure that he went to the toilet. I took the opportunity, while he was out of the room, to hide my boots – usually under my bed. However, that was his only bad habit and apart from that he was an awfully nice chap.”