At The Battle of Hessy Moor 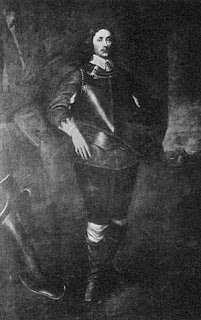 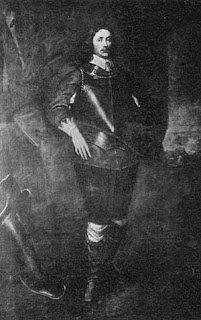 During the English Civil War, Sir Phillip Monckton gives a good description of what it was like:
“At the battle of Hessy Moor I had my horse shot under me as I caracoled at the head of the body I commanded, and so near the enemy that I could not mount again, but charged on foot, and bear Sir Hugh Bethell’s regiment of horse, who was wounded and dismounted, and my servant bought up his horse. When I was mounted upon him the wind driving the smoke so I could not see what was become of the body I commanded, which went in pursuit of the enemy. I retired over the glen, where I saw a body of of some two thousand horse that were broken, which as I endeavoured to rally, I saw Sir John Hurrey,  major general to the prince, come galloping through the glen. I rid to him, and told him, that there were none in that great body, but they knew either himself or me, and if he would help me to put them in order, we might regain the field. He told me, broken horse would not fight; and galloped from me towards York.”

(Sir Philip Monckton, Knight, of Cavil and Hodroyd, co. York, who commanded the Cavalier force on this occasion, was the eldest son of Sir Francis Monckton, who married Margaret, daughter and co-heir of Thomas Savile, of Yorkshire. Sir Philip was knighted at Newcastle in 1644, and was a loyal supporter of both King Charles I. and King Charles II. He was several times imprisoned, twice banished, and also fined during the Civil War. He married, in i658, Anne, daughter of Robert Eyre, Esq., of Highlow, Derbyshire, and repre­sented Scarborough in Parliament at one period. His opponent at Willoughby carried him off and held him prisoner at Belvoir Castle after that encounter, but on the 9th October following, Colonel Rossiter wrote to Lord General Fairfax, and advocated his release on parole, “being assured he is so much a gentleman that he will not infringe his friends engagement or falsifie his own worde.”)