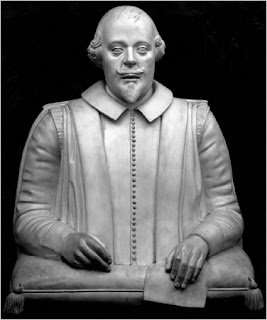 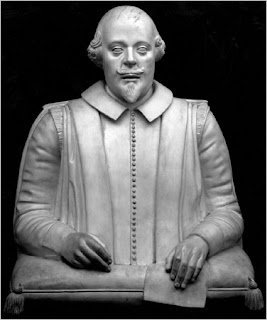 On 23rd April 1616 William Shakespeare died at the age of 52 at his home in Stratford-Upon-Avon. Widely regarded as the greatest writer in the English language, Shakespeare is also believed to have been born on April 23rd; although, the only extant record is of his baptism on the 26th April 1564 at Holy Trinity Church, Stratford-Upon-Avon.

Following his marriage in 1582 to Anne Hathaway, who was eight years his senior, Shakespeare established himself as an actor and playwright in Elizabethan London. He worked for a variety of patrons including the Earl of Pembroke and the Earl of Southampton. He also appeared before Queen Elizabeth I on various occasions and was one of the owners of the Globe Theatre.

Having made his fortune, Shakespeare retired to Stratford. His plays were still performed and a collection of his sonnets was published in 1609. Following his death from unknown causes, he was buried at Holy Trinity Church in a grave that is marked with an epitaph written by the man himself.

Good friend, for Jesus’ sake forbeare
To dig the dust enclosed here.
Blessed be the man that spares these stones,
And cursed be he that moves my bones.

For more information on the ‘Bard of Stratford’ see the biographical essay at the Shakespeare Resource Center site, which also includes an excellent set of links.