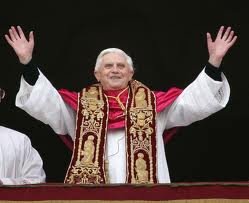 No historian can ignore the astonishing announcement by Pope Benedict XVI that he intends to retire from the Chair of St Peter, announcement that has now been confirmed by the Vatican. The Reuters article is a strange mixture of items and events.

The immediate reason given by the Pope was that he felt that his health, physical and mental, was failing and he did not think he could do the work he was assigned by God, well enough. Given that Popes are not supposed to resign, this was immediately dismissed as being merely an excuse. His predecessor went on despite his obvious growing frailty, say those who find the argument unpersuasive. Others, and TH without being RC, agrees with them feel that, perhaps, there needs to be a form of retirement even for the occupier of St Peter’s Chair when he feels that his powers are no longer adequate to the immense task.

Then the article goes on to discuss the various scandals that  have dogged the Pope’s tenure, first and most important being the child abuse one, which had gone on for some decades and which was first properly investigated under Benedict.

Scandal from a source much closer to home hit in 2012 when the pontiff’s butler, responsible for dressing him and bringing him meals, was found to be the source of leaked documents alleging corruption in the Vatican’s business dealings, causing an international furore.

TH has never been able to understand that furore. Was anything proved beyond the fact that His Holiness had hired the wrong man to be his butler?

Then we get an account, which is surely to the Pontiff’s credit of his visit to the site of a Nazi death camp and his effort to confront the evil that is in his country’s past. Scrupulously, we are told that while he was a member of the Hitler Jugend, which was compulsory, he was not a member of the Nazi party and his family had opposed Hitler (though, presumably, not strongly enough to suffer some  of the truly horrible punishments). So much for the “Nazi Pope” that we sometimes get from rabid Germanophobes.

Finally, there is the “scandal” of the Pope quoting “a 14th century Byzantine emperor as saying Islam had only brought evil to the world and that it was spread by the sword”. The inevitable riots followed and a nun was killed. Apparently, the scandal was not the fact that there were bloody riots in response to a historical or political comment but the comment itself.

Naturally, TH looked up the last Pope who had resigned, Gregory XII in 1415, during a serious muddle in the papacy and the time of many Popes.

Gregory was elected the pope of Rome in 1406 with the understanding that he would quickly resign if the pope of Avignon, Benedict XIII, would do the same. After a decade of negotiation and maneuvering, in which a third pope was elected, Gregory finally stepped down and became a bishop. When Benedict refused to resign, he was excommunicated, and Martin V was elected in 1417 as the sole pope. 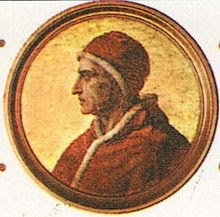 There really seems to be little in common between the two events. Can we compare this resignation to that of  Celestine V in 1294?

Because Gregory XII’s resignation was part of a brokered settlement, a more appropriate comparison to Benedict’s situation might be Pope Celestine V, who resigned in 1294, Housely said. Celestine was a hermit when he was elected pope and he quickly quit to return to solitude after “he found the office too onerous,” he said. 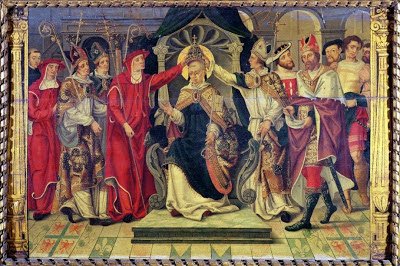 TH finds it a little odd that a number of people reacted to the news by casting opprobrium at Tony Blair with funny little jokes about him wanting the position. This obsession with any politician seems extremely odd.

The resignation will take force from February 28, in the middle of Lent. We shall be watching that chimney