The other spaces of education – beyond the university. The student hostels of the Hungarian Royal Elisabeth University between 1923 and 1941 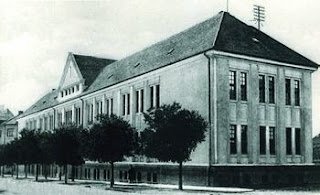 APPLY FOR THIS OPPORTUNITY! Or, know someone who would be a perfect fit? Let them know! Share / Like / Tag a friend in a post or comment! To complete application process efficiently and successfully, you must read the Application Instructions carefully before/during application process.
“Youth is eternal.” How true is this statement? Does student life actually change? Let us get a glimpse into it, and into an interesting education program, in 1930s Hungary. University student hostels were very important spaces for third level education between the two World Wars in Hungary. They were both living quarters and educational centers for the students. Some of them, under charismatic leadership, became real communities. We try to show everyday life, opportunities opened to the students, and educational work at these institutions of the Elisabeth University in Pécs.
Student hostels of the Hungarian Royal Elisabeth University
The University of Pozsony[i] was founded in 1912 and changed its location twice in a short period.[ii] After moving to Pécs, in 1923 the first student hostel of the university was founded in an empty building on the Dániel Irányi Square. It opened for male students and was named after King Louis the Great of Hungary (also Louis I). This building functioned until 1931, because of the difficulties in getting accommodation in the town, and because the purpose-built hostel – ‘Peace Palace’ – was used to accommodate the professors and their families in separate flats. The Elisabeth Hostel was set up for female students in 1925.[iii]
The Louis the Great Student-hostel (1923-1945)
The building was planned by Andor Pilch to house a primary school and built between 1922 and 1923. It was remodelled and let to the university for use, but because of the characteristics of the building it wasn’t a suitable or cosy student-hostel. According to Professor Mihály Pekár[iv]the “barack-roomish” feel of the accomodation wasn’t very attractive for the youths. He suggested building a new hostel building in 1926, but he didn’t get any support.

The first building of the “Louis the Great” Student-hostel between 1923 and 1931
Up to 1928, this little reference and Pekár’s suggestion are all that we know about the hostel. Huge part of the sources relate to the period after 1930, when Prof. Béla Entz[v]became headmaster of the hostel. After moving the student hostel to the Peace Palace, which was used to accommodate the professors prior 1930, the number of the places for students rose to 133 and this number grew to 140 by 1940.
The new student hostel opened in December 1931. It had space for communal rooms, including a reading room, playing room and lounge in the basement near the laundry room, and storage. There were 5, 3 and 2 bed dorms upstairs. The furnishings were simple and practical.[vi] Every faculty sent a member to the hostel committee, the headmaster was Prof. Béla Entz, the caretaker was Tibor Falcsik and the housemaster was Dr. Márton Vörös. The committee published annual reports from 1932, and these are our main sources, about everyday life in the hostel. We have exact data about the religious, national, residential, and faculty background of the students. 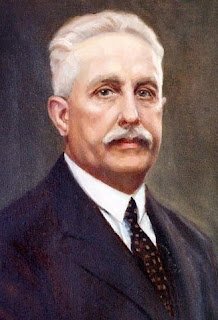 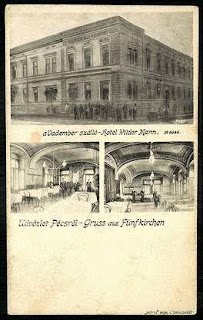 The former Savage Hotel, from 1925 the Elisabeth Student Hostel and Canteen
The city council of Pécs bought the ‘Savage Hotel’[vii] and donated it to the university in 1923. The building was used as a canteen and student hostel for female arts and medical students from January 1925.[viii] It contained 21 rooms with altogether 70 beds. The number of tenants was between 30 and 50, and they lived in 2 and 3 bed dorms. The food rations were rich, the students got 3 courses for lunch and 2 courses for dinner. Unfortunately we haven’t got exact sources about the number of students, their residential villages and towns, or they their social backgrounds. The hostel places were few, considering that out of the 1200 students of the university in 1925, 400 were women. The members of the board of directors were: Prof. Mihály Pekár headmaster, Gézáné Nánásy née Anniella Szanathy[ix] housemaster, and Matild Fischer deputy master in charge. 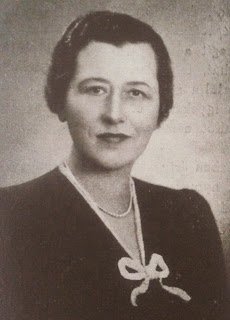 Aniella Szanathy (?-?)
Life in the student-hostels
Every student-hostel tried to provide wide range of self-education opportunities for their students, for example at the “Louis the Great Student-hostel” they had access to a library, where the number of the book loans rose from 50 to 440 between 1935 and 1942. Another example is the free foreign language course, which was provided for the students at every hostel of the university.[x]
There was an annual rent, which was to be paid at the begisning of the first term of the academic year. This didn’t happen on several occasions, as can be seen from the vast pile of parental letters[xi] addressed to Prof. Entz. In the correspondence, the parents express their gratitude for learning about their children’s behavior, including that the students, instead of paying rent, actually spent it. The parents requested Prof. Entz’s ‘paternal attention and strictness’ towards their sons. The most serious case happened in October 1941, when some of the students of the Louis the Great Student Hostel stayed out in the city night after night, spending their money at a secret gambling den. Prof. Entz, after a short discussion with the students concerned, confiscated the winnings of one of them for the relief funds of the university students, while the others had lost their money at the den.[xii] Prof. Entz beyond the educational work tried to shape a good community for his students. They had trips[xiii]and Christmas celebrations every year from 1925[xiv] onwards.
Cutural and public health experimental projects
In the spring term of the 1932-1933 academic year, Prof. Entz organized cultural regional meetings of the Cultural Committee of the Louis the Great Student Hostel in most towns of Baranya County. Students gave lectures in the fields of medical science, law and arts or reported on their foreign travels and scholarships, for example about their stay in England or in Sweden.[xv]
Prof Enzt wrote about these occasions in his annual report: ‘We achieved with these serious lectures, that the youth debuted in front of a wide audience, [that] they [the youth] were immersed in the subject of a serious paper and finally they established connections with the educated residents of the given community’.
In the same academic year Prof. Entz launched a mothers’ and children health protection project in Baranya County. During the 4-7 day courses the (mainly) last year medical students from the afore-mentioned student hostels gave lectures on infant and child healthcare and public health. The statistical data sheet contained only estimated numbers on attendance, and none on the students who took part.[xvi] According to this chart they called on 11 villages during 75 days, they gave 181 lectures, which were attended by 21,000 people. Prof. Entz underlined the usefulness of this work for the students:

The moral effect of these courses will be a lifelong influence on the lecturing youth, whether the lecturer was a future  doctor, lawyer, or teacher, they [the courses] directed their attention to the common people, they [the courses] filled their souls with serious questions and problems and they created an everlasting connection with the people.[xvii] 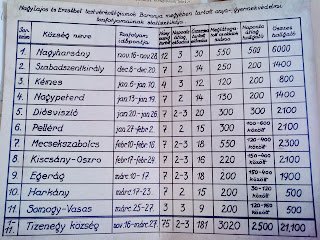 Pécs University Archives, reference number:  VIII.108. 30 d. 26th of October in 1934
The headmistress of the Elisabeth Student Hostel gave an interview about the hostel and within it she mentioned the program. The interview was printed on the pages of the Hungarian Women’s Review in 1935. ‘Beside the study of specific sciences, [and] the learning of foreign languages, the undertaking of social work creates a new type of student, in whom, once employed, will be empathy, vigour and temperance for social understanding, and today this is the crown of everything’.[xviii]
Despite of the initial achievements, the program was stopped. The real cause behind ending this experimental work is unknown at this stage of our research. We have just an obscure allusion  from Prof. Entz’s report: ‘The future of the work of these courses, as has been in advance decided, became unfortunately uncertain because of the unforeseen changes in circumstances’.[xix]
We had some information about the restoration of the program out of a radio interview with Prof. Entz from 1941.[xx]

The Louis the Great Student Hostel of Pécs kept away from propaganda with the late Prime Minister, Pal Teleki’s personal support, [and] created such a nation-educating experimental program that it surpassed in its structure, but mainly in its results every other work, should that be folklore research or vernacular education. [xxi]