The Changing Styles of Art in 18th Century France 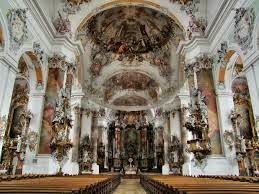 The 18th century in the world of art in France marks a transitional phase between the baroque-rococo style that characterized the 17th century and the neo-classicism that marks the beginning of modern art in the 19th. Emmet Kennedy explains this shift in terms of a ‘quest for simplicity’ deriving from the prevailing spirit of rationalism in the age of the Enlightenment. There was, he argues, an emphasis on geometry and mimesis in art which was to have a lasting impact on the development of artistic styles from the 19th century onwards.

The 18th century in France therefore was distinguished by the permeation of politics into every sphere of human activity—social, domestic and cultural. The art of the period, without making serious stylistic departures from the past soon evolved into a powerful means of political expression. The popularity of public art opened up new avenues for rising artists to convey a powerful and controversial message and the popular iconography of the Revolution offered ready channels through which political ideas could be expressed and conveyed. The forms of representation associated with the French Revolution, including the liberty caps, the Masonic level, the pyramid, etc outlasted the Revolution itself and became politically charged symbols with a strong resonance in popular consciousness, much like the ideals of the Revolution themselves. The end of the 18th century, as Lynn Hunt argues saw the institutionalization of a new, revolutionary politics and with it a revolutionary political culture. The art of the 18th century—its cartoons, popular symbols, paintings, architecture, etc became an important source of inspiration for the political culture of the modern age.