Nicolson and the theory of diplomacy 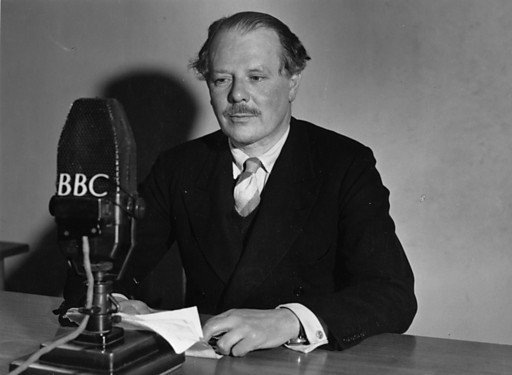 Sir Harold Nicolson, diplomat, writer, diarist, politician and gardener, belonged to several parties but never the Conservative one. In fact, he thought of himself as something of a radical and was, though not in domestic matters. There, he and his Conservative supporting wife, Vita Sackville-West (poet, writer and gardener) inhabited an area of confluence between high Toryism and socialism. Also he was, briefly, a junior member of Churchill’s war-time cabinet and managed to annoy his leader by producing a document that discussed peace aims as well as war aims. Up with that the Prime Minister would not put.

It is not, therefore, entirely wrong to write a blog about Nicolson, especially as I have just finished reading Derek Drinkwater’s Sir Harold Nicolson and International Relations – the Practitioner as Theorist, a book that has doctoral thesis written all over it. It is, nevertheless interesting though convincing only intermittently about the importance of Nicolson’s contribution to the theory of international relations. A good deal of the time Nicolson, lucid, knowledgeable and passionate, still wavered as to what he really believed in, thus annoying and frustrating friends and allies (as well as opponents).

Nevertheless, the book is a useful study and analysis of all Nicolson’s pronouncements in print, in manuscript (the unpublished parts of his diary) and on the radio and many interesting conclusions can be drawn from it. (Let us not forget that the Marginal Comments that he wrote for many years in the Spectator are all available on line now.)

In an early chapter of the book there is discussion of Nicolson’s view of “old” (pre-First World War) and “new” (post-First World War) diplomacy and he found both wanting as we have all done ever since. Indeed, this discussion raises the issue whether diplomacy and democracy, particularly in the age of mass communication that can whip up emotions very quickly, are compatible.

He [Nicolson] identified two contrasting conceptions of diplomacy and argued that a compromise between them constituted the soundest approach to diplomatic intercourse. The first was the German “warrior or heroic” theory, whose exponents perceived diplomacy as war by other means. The second was the British “mercantile or shop-keeper” theory, whereby diplomacy is seen as an aid to peaceful commerce based on the assumption that there exists a middle point at which the negotiators can reconcile their conflicting interests.

Of course, it could be argued that this is just a long-winded way of saying “speak softly and carry a big stick”.

In his book Diplomacy, which remains a classic on the subject, Nicolson compiled a list of sixteen qualities of both the ideal diplomat and the ideal diplomacy. It is, apparently, known in diplomatic theory as the “Nicolson test”. Here is the list:

Hmm. Those of us who have met diplomats and have studied the outcome of some of their activity would be hard put to acknowledge that few of them have even half of those qualities. It remains a very useful list.