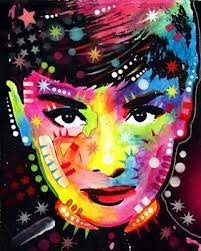 Popular culture has received more and more attention in recent times –and has become a part of the broad definition of “culture”. The approach to study of the culture industry introduced by Frankfurt school historians Horkheimer and Adorno believes that “people” are docile passive agents available for manipulation by entertainment moguls-they are a passive mob of spectators who are fed an unwholesome diet of trivial entertainment to keep them pacified and distracted, thus they are more easily controlled and manipulated by ruling powers.
Literacy and Popular Press-
Early 19th century Europe saw numerous changes in the nature of publishing, the status of literary genres and the act of reading itself.

Publishing-
In the 19th century, new structural changes took place in the world of book publishing as the market for published books and newspapers expanded. One reason for this was the rise of literacy-at the century’s beginning, only a minority of the people were educated but by the end of the century it was a substantial population. This was because most European nations adopted the policy of mandatory public education. The second reason was the drop in the cost of books. The cost of printing dropped dramatically in the 19th century as prohibitive dues on paper were removed. There was an end to the separation of the publisher and the book binder.  Previously, book publishers used to bind the least expensive publication while book binders used to bind for specific tastes of well heeled customers. By mid 19th century, book publishers were able to offer less costly editions  and focused on one standard appearance per publication.  The third reason  was that there grew a demand for novels of all kinds. The publishers now published for mass readership. Affordable editions of literary classics became available.
Newspapers-
The eighteenth century saw the emergence of newspapers as vehicles for dissemination and formation of opinion along with reports of current events. Newspapers were often read in coffee houses –where business men met to smoke their pipes and discuss the latest. According to Jurgen Habermas this development created a public sphere that enabled modern democratic debate and dialogue.

Novels-
The 19th century saw the establishment of novels as the principle literary genre for readers of every taste. This was a culmination of a process which started in the mid 18th century when novels were becoming popular but received little critical acceptance. The 18th century aristocrats did not want to officially sanction a literary form that was held to be devoid of uplifting value.

Electronic Media-
Mass culture (generalized market based array of distractions and entertainments) was developing in 20th century Europe.  During the 1930s there were improvements in technologies and transportation-led to cultural dissemination. It was during this period that the entertainment industry increasingly moved to the fore of economic life – radios and cinema entered people’s lives in a big way.  Frequent concern was expressed over the social and cultural effects  of mass consumption of the new entertainment.
Radio-
By 1930s the radio became a mainstay of a middle-class house hold.  Gathering around the radio for news and entertainment became an evening ritual for family members.  The radio announced news bulletins, interviews, game-shows  comedies, drama, concerts. People experienced major events as dramatic radio announcements especially during the World War II.  Radio continued to be influential till the 1950s as television penetrated the European world much slower than it did in the States.
Cinema-

Music-
Post 1945 many generations related more to music than cinema. The young people whose generation had sacrificed most in the war had found big band “swing” music a welcome respite to the horrors of their time.  Europeans were exposed to new styles of music in the 1950s-jazz and b- bop. Jazz influenced many genres of European music.  Café concerts in France led to a new music style called chanson-mix of pop sensibilities to French folk traditions. In England, around the 1950s, a new movement called “trad jazz” developed and American rock n’ roll invaded the British Isles.