EMANCIPATION REFORM OF 1861 IN RUSSIA 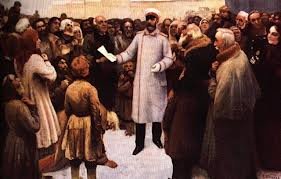 The most important event in Russian history between the reforms of Peter the Great and the Revolution of 1905 was the abolition of serfdom.