AFRICA / ASIA / Latin America / Peru / Republic of the Congo / Thailand / USA
APPLY FOR THIS OPPORTUNITY! Or, know someone who would be a perfect fit? Let them know! Share / Like / Tag a friend in a post or comment! To complete application process efficiently and successfully, you must read the Application Instructions carefully before/during application process.

Working at EarthRights is more than a job. Join our team of international activists, attorneys, and teachers that work every day to take on the world’s most powerful corporations. And win.

Your work here directly impacts the lives of others. That’s why we need the best people on our team. 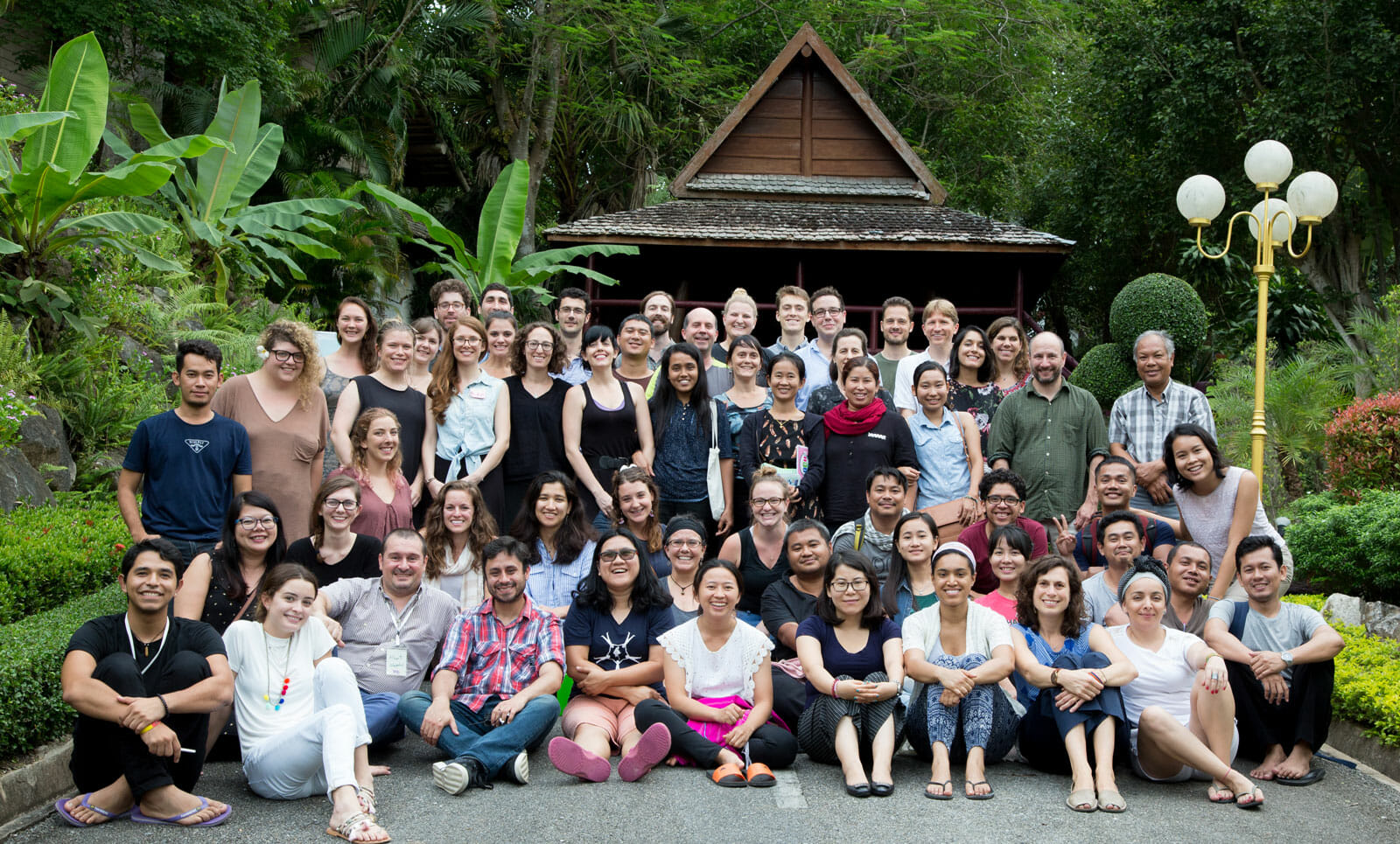 ERI staff from all four offices come together in Chiang Mai, Thailand for an all-staff retreat. 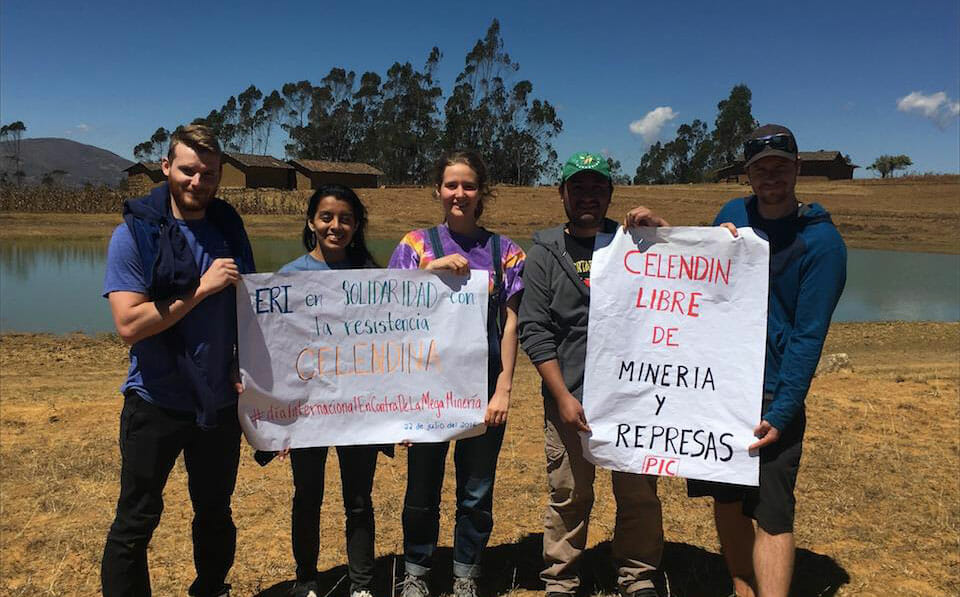 Use your most valuable skills to make real systemic change.

EarthRights International is a growing global team of community leaders and legal strategists who lead campaigns and cases to hold powerful corporations, governments, and banks accountable for violating human and environmental rights.

EarthRights is a nongovernmental, nonprofit organization that combines the power of law and the power of people in defense of human rights and the environment, which we define as “earth rights.” We specialize in fact-finding, legal actions against perpetrators of earth rights abuses, training grassroots and community leaders, and advocacy campaigns. Through these strategies, EarthRights seeks to end earth rights abuses, to provide real solutions for real people, and to promote and protect human rights and the environment in the communities where we work.

In the early 1990s, two multinational oil companies—Total of France and Unocal of the United States—formed a partnership with Myanmar’s (Burma’s) notorious State Law and Order Restoration Council (SLORC). They planned to exploit natural gas reserves in the Andaman Sea and build the Yadana gas pipeline into Thailand. Their contract stipulated that military units would procure labor and provide security for the project. In carrying out its part of the deal, the Burmese army transformed a previously peaceful area into a highly militarized pipeline corridor, resulting in forced labor, land grabs, torture, rape, extrajudicial killings, and attacks on indigenous and ethnic minority peoples. Big oil had partnered with a pariah military junta, and together they were getting away with murder.

Two young U.S. law students and an exiled human rights activist from Rangoon were determined to make sure that they didn’t. Deep in the jungle of Burma, they decided to join forces and establish EarthRights. Ka Hsaw Wa, a young man from the Karen ethnic minority who at 18 had been jailed and tortured by the Burmese government, trained a team of local human rights investigators for a secret journey across the border into the pipeline region where they began their listening project. One by one they sat down with villagers who had experienced or witnessed human rights abuses at the hands of the Myanmar military. Using pencils, small notebooks, tape recorders, and disposable cameras that they could hide and destroy at a moment’s notice, they collected first-hand testimonies from hundreds of victims and witnesses who lived in the pipeline corridor or who had fled to the Thai border to escape the abuse. The evidence confirmed what the local villagers had known since the companies first arrived in their lands: the human rights abuses that they were experiencing were directly connected to the pipeline and to the foreign companies that were building it.

While Ka Hsaw Wa and his team documented human rights violations, Katie and Tyler pored over their law school textbooks in the U.S., seeking a legal route to end the pipeline abuses. Their professors and others told them that there was no solution: corporations were only subject to the laws of the land in which they were operating. In the case of Burma, where U.S. business partners in the military ruled with an iron fist, this meant they were subject to martial law, which the generals defined as “no law at all”. Unocal—and indeed every multinational corporation operating outside its home jurisdiction – was above the law. The globalization of markets and economies had not led to a corresponding globalization of justice, and the people of Burma were paying the price for a huge international legal loophole.

On one side of the planet, the people in the pipeline region worried to Ka HSaw Wa that nobody would listen to their stories. On the other side of the world, legal experts told Katie and Tyler that they couldn’t sue an oil company for human rights abuses. Together, the three of them responded: “You’re just saying that because nobody ever has”. Together, they set out to do the impossible, and EarthRights was born. With a grant of $35,000 from the Echoing Green Foundation to combine the power of law and the power of people in defense of human rights and the environment, EarthRights’s first order of business was to sue Unocal and Total for human rights abuses in Burma. The stories that Ka Hsaw Wa collected together with Katie and Tyler’s “crazy” legal theories became the basis of the groundbreaking lawsuit Doe v. Unocal, which made legal history and changed the landscape of corporate accountability and human rights forever. From the jungles of Burma to U.S. courtrooms and boardrooms, EarthRights waged a David and Goliath battle to make legal history. They established the principle that corporations must be held to international human rights laws wherever they operate and that survivors of egregious abuses must be allowed to tell their stories and be heard.

View all posts by cvnextjob →

January 9, 2021January 9, 2021
Disclaimer: This is NOT the official JOB page. This is only a one-page summarized listing of the JOB. While we endeavor to keep the information up to date and correct, information may change at any time without notice. For complete and updated information, please always refer to the official website of the JOB provider. Any reliance you place on information from cvnextjob.com is strictly at your own risk. The cvnextjob.com website does not accept donations in any form/ or any other form of payment! Also all the opportunities on the website are published for free and if you have any opportunity that needs to be promoted, please send the link to the e-mail address contact@cvnextjob.com and we will publish it for free on the site.